Through the blood bank operations from 1995 until 2017, we issued 377,000 units of the safest blood components without a single major transfusion reaction.


Through our public cord blood bank we have issued 13 donated stem cell units to patients suffering from blood related diseases, who would otherwise have had no hope for a cure.


Be The Cure Registry has 12,570 registered voluntary donors. Five of them have already donated to save lives.

We can never thank enough, our trustees and members of the Jeevan team over this period who reposed faith in us through all the testing times we had. Our donors - blood donors, stem cell donors and financial donors, the numerous philanthropists, corporates and countless well-wishers –without each of you, we could not have achieved, all that we have.


A heart-felt thanks to each of you, from all of us at Jeevan.

- Demonstrated the transmission of Leptospirosis through blood transfusion.
- Announcement on Public Cord Blood Bank To enable quick and affordable access to matching stem cells for Indian children with blood cancers and Thalassemia.

First independent blood bank in South India to be accredited to ISO 15189 standards by National Accreditation Board for Hospitals (NABH).

Released the first stem cell unit for treatment of a 5 years old boy.

- Be The Cure Registry was launched to enable quick and affordable access to matching stem cells for Indians (adults and children) with blood cancers and Thalassemia.


Meaning: Unaware of the Joys of giving, the hard – hearted, waste their wealth hoarding it.

Most of us have given something to someone, whether it is through giving our time to listen to someone who just needs to be heard or by donating monetarily. For years I have been donating blood and I was aware that it would help some and this became a habit for me.


As a result of my new found happiness through donating, I wanted to give more and I saw that opportunity in the same place, where I used to donate blood. Yes, Jeevan’s BE THE CURE.I have been associated with Jeevan Blood Bank for more than six years now. While I was working in an organization, I got enrolled as a donor in their registry.


One fine day Dr. Saranya called me to appraise me about BE THE CURE registry and Stem Cell donation which can save the lives of people with blood cancer and blood disorders. I was glad to hear that they have found me as a match that too a 10/10 match which is indeed rare. 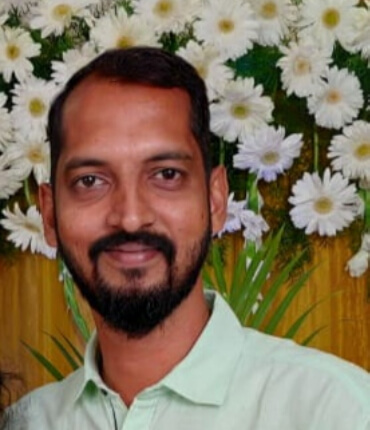 As a result of my new found happiness through donating, I wanted to give more and I saw that opportunity in the same place, where I used to donate blood. Yes, Jeevan’s BE THE CURE.I have been associated with Jeevan Blood Bank for more than six years now. While I was working in an organization, I got enrolled as a donor in their registry.


Be the Cure isawell-known stem cell registry in Chennai. Of course, my knowledge of stem cell donation was very less, and thanks to Dr. Saranya she helped me to educate myself.Initially,I was skeptical as she was explaining the procedure with utmost honesty and transparency.


She saidStem cell donation is more commonly donated via Peripheral Blood Stem Cell (PBSC), just like giving blood for 4–5 hours. Blood is drawn out of an injection site and then goes through a process which separates the stem cells from the blood. The stem cells are harvested and the remaining blood is passed back into the body via another injection site.


These injection sites typically being one in each arm.But, before the donation, there is a detailed process of developing / growing the stem cells in the body which is painful and one can experience discomfort.


Upon learning about the registry, I decided to do some research about the process and the effects of it on the recipient and self. The reason stem cell donations are neededis because, this is typically the last resort for someone with a blood-related disease such as Blood Cancer. These are people who have tried everything and lost hope in life.


The donation is a chance at survival, a final one.A match is fairly rare and hard to come by. Once you have registered, your medical report will be kept on the file for years until a possible match is made and they will contact you asking if you are willing to proceed. In my experience, from initial registration to matching it took approximatelythree Years!


There were a series of blood teststo analyze and ensure that I was the most suitable match for the recipient awaiting stem cells. A little over 2–3 weeks had passed, and I got confirmation that I was chosen as the best match to donate! Exciting! I was nervous! Fear grew in me … I wasn’t scared of needles, instead and somewhat selfishly, I started to over think and delve into the time it will take from my work and my personal life and at this point, the only people who knew about my donation were my immediate family members.

Fear and anxiety grew up… But the following words from‘MarkandeyaPurana’ had always helped me to get back to reality. These stanzas are a small part of this epic - sung by Queen Madalasa famously known as “THE MADALASA UPADESH” – A Mother Singing Lullaby to her Son about self(Sanskrit Version).


Meaning: The Elements [that make this body] grow with accumulation of more elements or reduce in size if some elements are taken away. This is what is seen in a body’s growing in size or becoming lean depending upon the consumption of food, water etc. You do not have growth or decay.


You could relate this with afore mentioned Thirukkural. These inspiring quotes andthoughts helped me overcome the fear and made me think “I’m doing a right thing, I realized, that I am just sharing my vehicle to get someone to travel further from where they thought their journey would end.


If I had let my fear take control, I might have backed out, and if my recipient had no backup, then there was a great chance she wouldn’t have survived. I almost avoided all negative comments from others which couldruin my chance to save someone's life.

After careful consideration, I carried on with the rest of the donation process. This included a day trip to Hospital where I went through about hour or two of general medical analysis to assure I was healthy and fit enough to donate. Once the Doctors confirmed, that I was fit enough to donate, I received injections of granulocyte colony-stimulating factor (G-CSF) over the next five days.


During and after the injections I went through minor pain in the bones and particularly in my rib cage, lower back and pelvis due to the increased growth rate of stem cells. A week after the initial G-CSF injection, the donation process started in the Hospital. It took 4 to 5hrs for me to supply the required stem cells to the recipient. My solace and a huge sense of achievement was that I could help someone relive their dreams again.

Save a Life! Register today 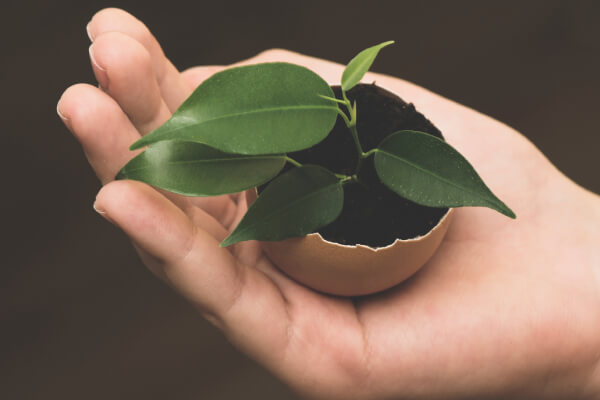 On my discussion with Dr. Saranya and Dr. Srinivasan, I heard some beautiful stories, also some horrendous and heartbreaking ones. One that stuck methe most was that of a woman, who had matched with four registered potential donors - Imagine the hope she felt, this could save her life.This was her last chance at survival.

Then without warning, they all (all the four) pulled out before or after the blood tests. She sadly passed away several months later. Don’t you think and feel she had a chance to live.

I can appreciate and understand the inconvenience and the fear of donating, but if you do it — you’re doing something amazing! You’re not just helping theperson you could change the life of their partner, parents and kids. By donating stem cells, you’re giving someone the chance at survival and an opportunity to share more time with their loved ones.

If you have any questions, feel free to reach out to me at srinivasan.varadarajalu@gmail.com - I’ll do my best to answer them.

And of course, I want to say big thank you to My Wife and Son, who were part of this journey through out, taking care of my health during the entire process and my Parents who supported me and blessed me.

If this story has inspired you to register with BE THE CURE, or even to give blood for the first time, please feel free to approach Jeevan’s Be The Cure Registry. You too can encourage others to register- as the Bible Says:

Philippians 2: 3-4 - Do nothing out of selfish ambition or vain conceit. Rather, in humility value others above yourselves, not looking to your own interests but each of you to the interests of the others. 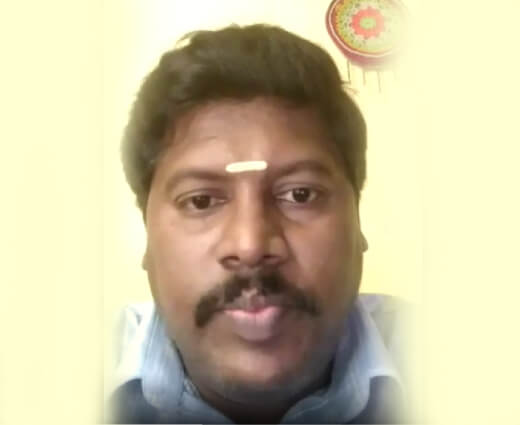 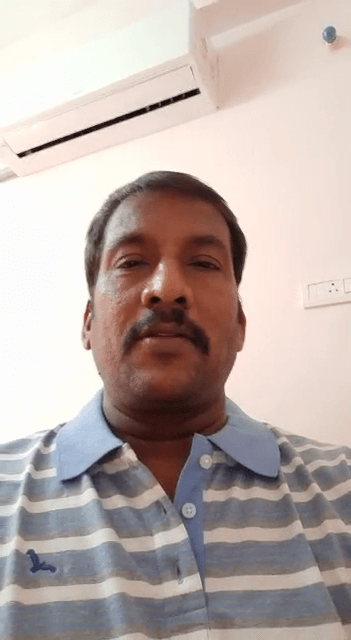 Dr. Budamala Subramanyam Reddy a beneficiary of your support. 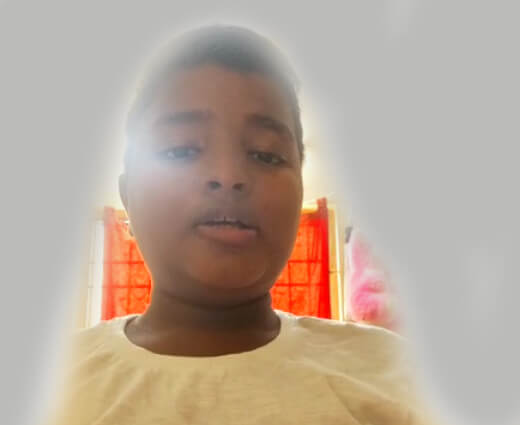 Mr. Dalwin Joe a beneficiary of your support.

Dalwin Joe a beneficiary of your support.

Click to Play the Video
Copyright © 2020 Jeevan.org. All right reserved.